Our competition winners join Stephen for a tournament to remember.

It’s not every day you get to play darts against a former world champion, but for five lucky Stephen Bunting fans we made it happen! On the 28th February we welcomed Stephen and our lucky competition winners at the Wetherby Metals 4 U branch to throw some darts and have some fun!

After a spot of lunch and a meet and greet with the man himself, Ryan Matthews, Adam Naylor and his son Tai, Gary Williams and his son Lewis, got to ask Stephen any burning questions they had before putting him through his paces with an exciting afternoon of darts.

First up was Ryan Matthews, who started off slow but brought it back hitting an impressive 180! Next up it was Adam Naylor, it was a close call but the MC’s word was final with Stephen announced as the winner. Closely followed by Lewis Williams, definitely a champion in the making with a sneaky 180 straight in. Stephen was hanging his head in shame after a 2-0 defeat, well done Lewis! 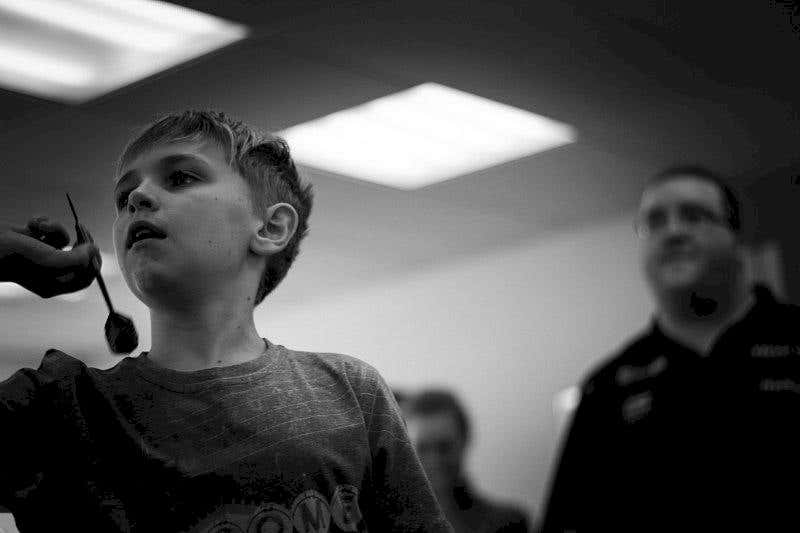 Next we had Tai Naylor who got us all biting our nails holding Stephen to the closest match yet. Finally Gary Williams wrapped up the competition, but unfortunately didn’t have the same luck as 9 year old Lewis and walked away with a loss after hitting 141 vs Stephen’s 180. With some group photos taken, Stephen signed some dart boards for our youngest winners and gave out some booby prizes too! Definietly an afternoon to remember, many thanks to all involved for making it so enjoyable!

To see more photos from the day take a look at our Facebook album here – http://on.fb.me/1T2lmtD