10 unusual discoveries through metal detecting in the UK

Our recent research revealed there are on average 120 discoveries of treasure each day through metal detecting. With many of us staying at home this summer and looking into new pastimes and hobbies, we’ve compiled a list of the 10 most interesting finds made over the last year to provide you with a bit of inspiration to give it a go!

This single-handed iron sword was found near the village of Towton in North Yorkshire, which could suggest it was used in the Battle of Towton in 1461, during the English Wars of the Roses. 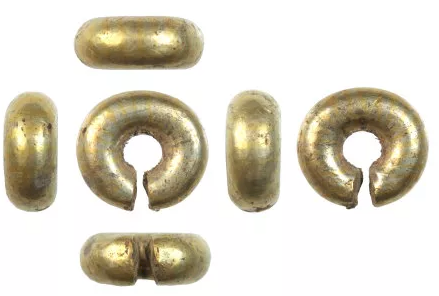 The penannular ring belongs to a class of artefact which has been termed 'hair-rings' and 'ring-money'. Their function remains uncertain, although it is likely that they were personal adornments, possibly worn on the ears or nose, rather than being hair-ornaments or items of exchange. The grenade is formed from two half-spheres of cast iron with a cylindrical section attached to the upper hemisphere.  This type of hand grenade was most common during the Napoleonic Wars and was utilised during both land and naval combat. 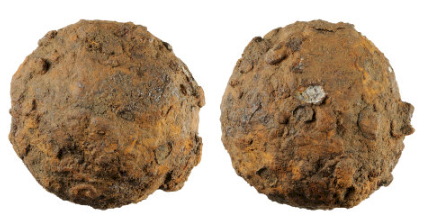 Light cannon was developed in the late 15th century, but this is likely to date from the English Civil War if it is a cannonball. It is also possible that the object is some form of ball bearing or a ball from a crushing mill. Grey flint, possibly collected from the East Coast, knife. A long thin flake with long narrow parallel flakes struck from its dorsal side and with a tiny bulb at the end of a concave ventral surface.

This stone originates from the Whin Sill in Northern England but is abundant in Eastern counties as a glacial erratic and is frequently encountered on beaches in Norfolk and Suffolk.

These copper nutcrackers were discovered in Alton, Wiltshire, and date from the Post-Medieval period. The item comprises of two arms connected by a hinge mechanism, which features a copper alloy bar. The item is incomplete however, as the bottom sections of both arms are missing. 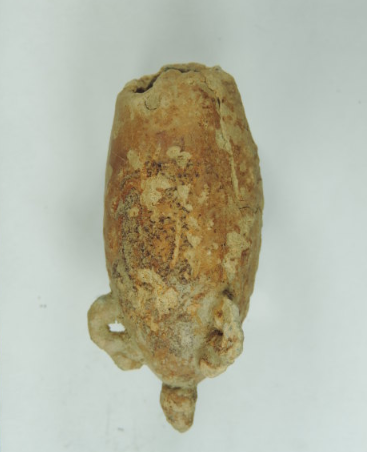 Found in St Allen, Cornwall, this cast lead whistle features decorations on three sides, depicting a shield surrounded by corn sheaths and possibly topped by a crown. Whilst it is clear on two of the sides, it is worn away on the third, possibly from rubbing against the wearer’s body. 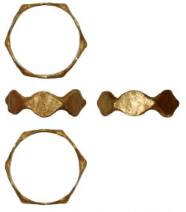 This cast gold ring was found near Wycombe, and dates from the Roman period. The ring is formed of a circular hoop, with seven irregular lozenge shaped facets around the edge. The item also has a rough finish both inside and out. 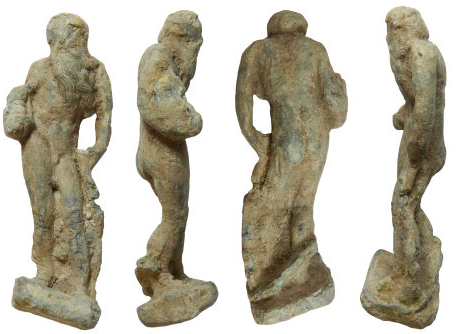 This lead statue was found near Acton, Cheshire. It is believed to show the Greek god Hermes holding the infant Dionysus. Although it appears in the classical style, certain features such as the style of the beard and positioning of the figure suggest that it likely dates from the Post Medieval period.

Would you try metal detecting? What new hobbies are you looking to get into this summer? Tweet us @metals4U_uk