As part of our ongoing sponsorship of Team Hare throughout their Formula Student 2019 season, we caught up with the Electrical and Control Systems Integration department to see how their elements of the team build are going.

The electrical and controls systems integrations are a physical interconnection of devices that impact the performance and operation of other systems and devices within the car build.The Formula Student rules for the 2019 season are devised and implemented by IMechE- the rules run to very tight specifications so the role of the Electrical Systems Designer is to ensure that all the restrictions and specs are strictly adhered to ensure safety, while also endeavouring to optimise performance.

It has been very busy for Team Hare this year and the design and build of the electrical system has been compromised due to changes in the powertrain and body system. The main priority of the electrical department is to offer reliability and durability while the car competes in several dynamic events in the United Kingdom and across Europe. Dedication and commitment are required during the project to meet the planned dates for engine testing and control systems functionality, whilst working concurrently with the other departments.

Here is a quick insight into the responsibilities of the electrical and control systems team. 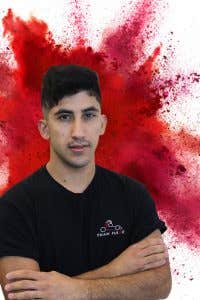 Panagiotis Kyriakou is originally from Deryneia, Cyprus; he is solely responsible for the integration of electrical and control systems, including the dyno and chassis loom design. Currently studying for his BEng Automotive and Motorsport Engineering, he also likes to learn about cutting edge technologies in his free time.