The FSUK competition at Silverstone over the weekend of July 19th -21st saw Team HARE-19 achieve their highest results in  20 years of competing in the annual IMechE competition.

Over 80 teams met to compete in the static and dynamic events over the course of the 3-day event.

The results obtained by the team were enough to place them 5th overall in the competition and be awarded 2nd place for the ‘British Team’ award out of over 80 teams that competed! 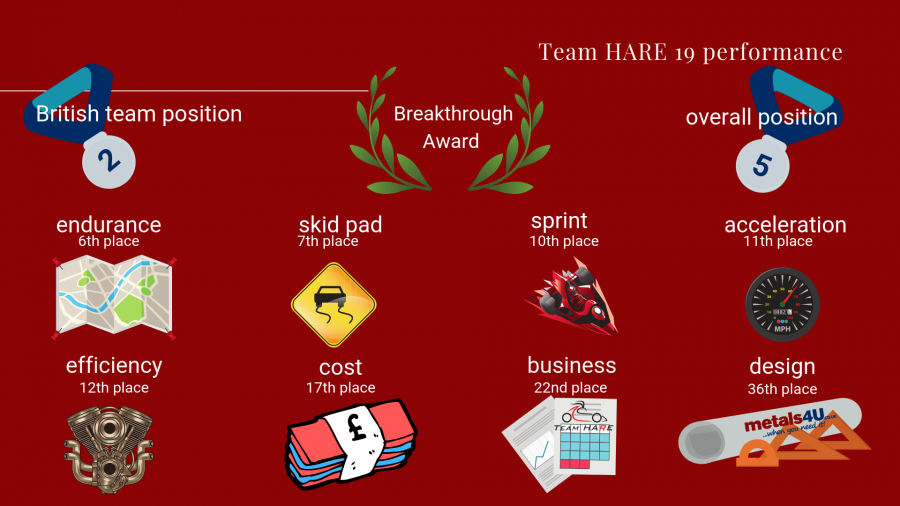 Team HARE 19, and metals4U, are highly proud of the team achievements from the initial planning, design, and build phase right through to the static and dynamic events at Silverstone.The overall finishing position and points tally are the highest ever recorded by Team HARE since they started their Formula Student journey right back in 1999 which has led them to earn the coveted ‘Breakthrough Award’; this is presented to the team that has shown the highest level of improvement building on the previous year’s results. HARE-19 scored an incredible 604.9 total points this year compared to last year’s 21-point total; this is something they, and we, are immensely proud of. 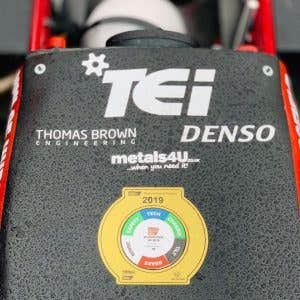 This year was a monumental undertaking by the team; a complete design overhaul coupled with an entirely new team has made this project the hardest, but most rewarding, project they as individuals have ever undertaken.

Team HARE 19 said they were delighted to have designed a car that is truly competitive against teams that have astronomical resources as their disposal. This bodes well for next year’s team who will refine, improve, and optimise the HARE-19 car and hopefully improve even further. 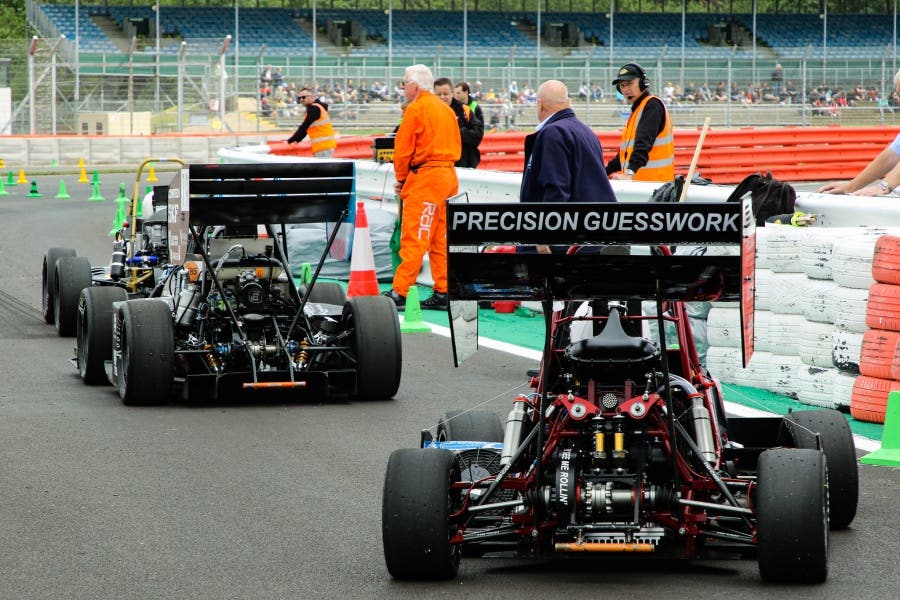 Getting ready for action!

Although the buzz from the Silverstone event is behind the team, there is no time for a rest just yet- the 2019 Formula Student season continues for Team HARE 19 as they compete at the Autodrom Most track as part of the ‘Formula Student Czech Republic’ events scheduled to take place between the 12th and 17th August. We will of course keep you posted about the team’s performance in Czechia (formally known as the Czech Republic) and hope you will join with us in wishing them all the very best of luck!