On Sunday 19th August, Team Metallicar were out in full force to see how quickly we could get down Harewood’s famous hill climb.

After doing so well last year we couldn’t wait to get back in the driving seat again ready for our first soapbox event of the year. With a bbq and beers in tow, we set up camp and geared our driver Dan Hoskin up for his first trial run. We tweaked the car after last year’s events and with performance enhancing changes under our seatbelt we felt pretty confident. 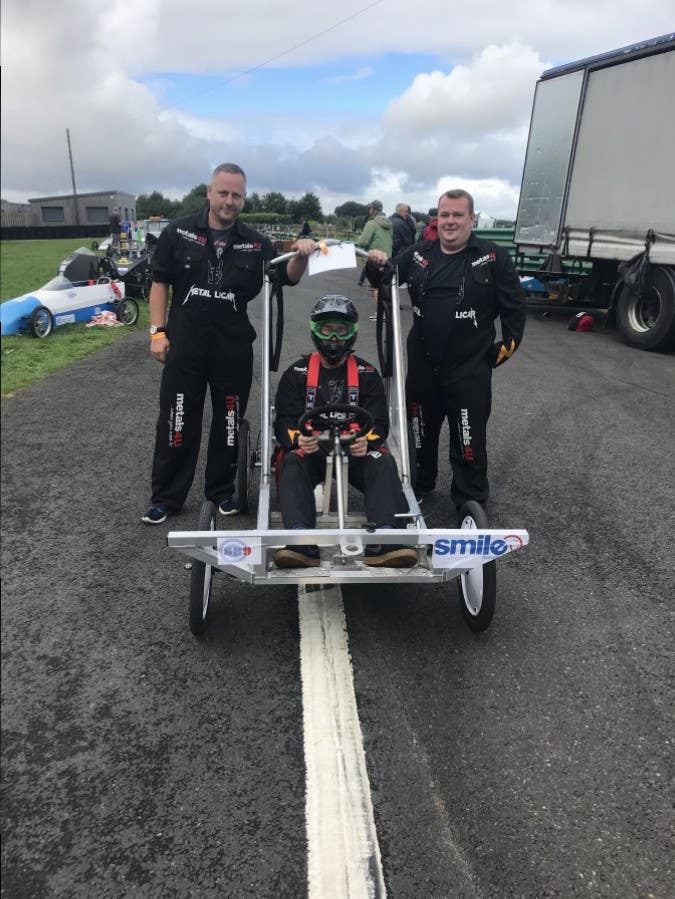 With Dan ready for his first race, the rest of Team Metallicar covered the more important details – setting up our fantastically loud speakers and organising who would be on BBQ duty. With our race tunes pumping, Dan was ready and waiting at the start line. We usually get complaints regarding our speakers however, we were approached by the Harewood Event Coordinators and asked to turn it up as our speakers were louder than the ones hired for the event!

Running as Soapbox Number 9, we launched from the ramp and let gravity do its worst! All cars have the benefit of a practice followed by two timed laps. There aren’t many rules, mainly that soapboxes must be strong, safe and have decent brakes, plus sound steering, which is possibly the most important part!

We all anxiously watched as Dan set off for his first run. We awaited the sirens of the stand by ambulance but as expected, Dan did an amazing run! 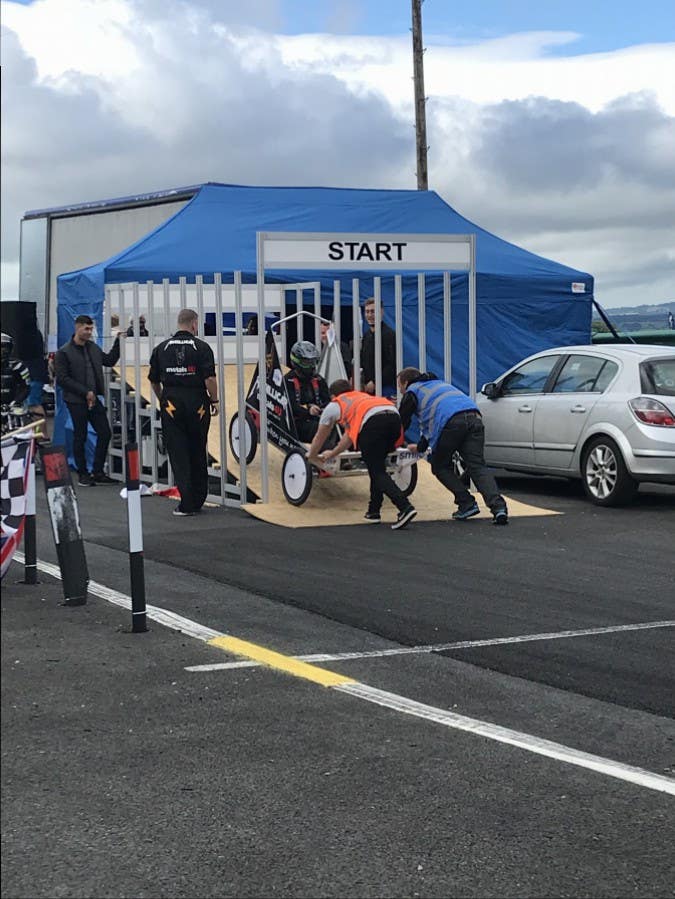 Besides the exhilaration, the spectacles really make the day. Soapboxes vary from incredibly serious aerodynamic cars, designed tested, modified and put through their paces yet again to the downright hilarious. Today we saw a fully-fledged furry dog chasing down the track, followed by Batman and Robin and even the police.

It’s a pretty hairy track, with racers reaching speeds of up to 43mph. Over 70 teams entered with two travelling from as far afield as America. Our driver notched up to 22nd place. Not bad. However, we were given the prestigious ‘Best Engineered Soapbox’. Something we’re extremely proud of due to the amount of work that has gone into building it! The overall event was estimated to have raised over £10K for local charities. After a long day of racing, eating and drinking, we packed up the Soapbox and headed back to Wetherby. A brilliant day enjoyed by all of Team Metallicar – roll on next year!