Can Metallicar ‘pop’ into York’s Top 10?

Metallicar’s third and final race of the season took place at the Micklegate Soapbox Challenge in York on August Bank Holiday Monday. It was the biggest and most exciting event we’ve raced yet. 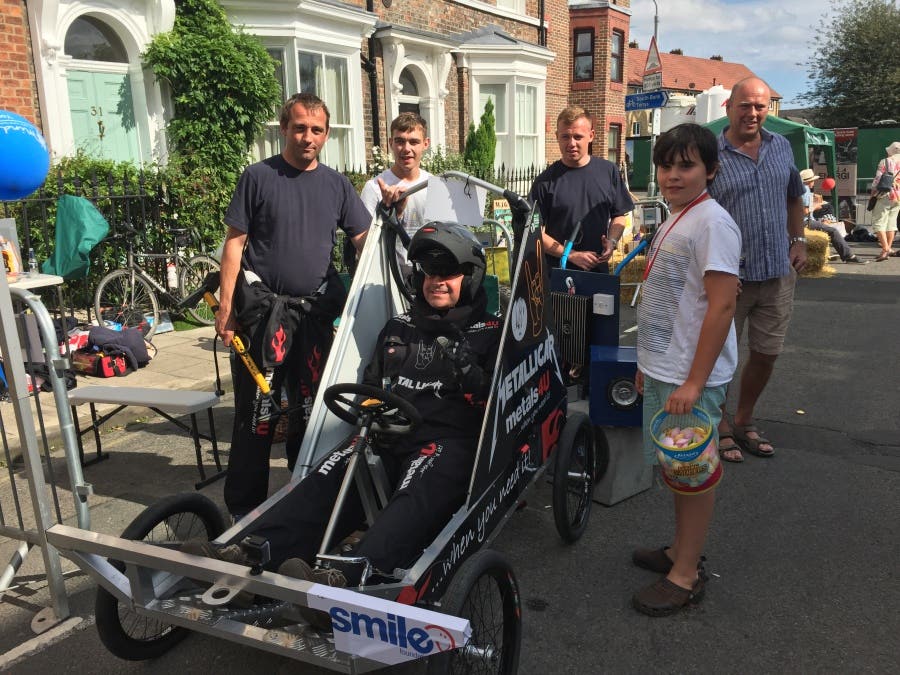 Our cart was given number 48 out of 50, so we had plenty of time to prepare and make a few final tweaks. And it was a good job too. As we got closer to the front of the queue for our first run, our front left tyre decided to blow out. Luckily, there was a bike shop right across the road, so we quickly dodged the crowds to get a replacement, and repaired the puncture. Phew! But as we edged forward and sat third in line, suddenly, there was another pop from the exact same tyre! Panic stations again, but we quickly repaired the tyre once more, entered the track, and got in position for our first run of the day. The countdown began, we settled the nerves and flew down the course in a respectable 36 seconds. We were happy with that. After pushing Metallicar back through the streets of York to our pit, we got the BBQ lit and enjoyed the sun with some chilled beers. As the second runs of the day began, we could see that teams were pulling out some very quick times. The pressure was on and we were still nervous about a third blow out. Metallicar was called and we took our position. We had to beat 34.2 seconds.

We burst down the start ramp, picking up speed. It was an exciting, quick start and everyone knew our final time would be close to the top ten. We raced through the finish… but came up just 1.3 seconds short of what we needed. We were done.

We had a great day and have already been thinking about the improvements we can make for next year. Extra weight and downhill force will surely get us into the top ten. Bring it on!